The task was to provide a stable number of targeted leads from Google Ads in the face of constantly changing market and business conditions during the pandemic.

A flexible approach and prompt response to the client’s requests allowed us to keep a stable number of leads (about 12-15 per week) in constantly changing conditions. Also, we helped the client to recover from the downturn in the commercial real estate market during the pandemic.

Work progress
The pandemic creates problems
August 2020
In Florida, restrictions were imposed due to the pandemic. The project had a budget of $500-600 a day. The client asked to cut costs by 25% on all traffic sources. We turned off lower-priority areas for real estate buyers (not to spend the budget on them). Also, we reduced the budget for the remaining important campaigns. However, later, at the request of the client, we had to suspend work at the end of August due to the weakening of the commercial real estate market because of restrictions. In September and October, the client made changes to the campaigns by themselves.

October 2020
The client began to recover after the restrictions were lifted. At the end of November, a request came to restore advertising for the sale of various areas of commercial real estate, for commercial brokers, and other areas.
We started optimization. By that time, the cost of the conversion had already increased significantly, and the number of conversions had decreased. So, in November, 58 conversions were received at $ 201.

In addition, we disabled ineffective expensive keys, adjusted ads, group-level bids, and bid adjustments. This made it possible in December to almost halve the cost of conversion while remaining at the same number of conversions. In total, 55 conversions for $105 each were received on Google Ads for December.

What Difficulties We Faced

January 2021
We launched Smart GDN to receive additional orders at a low price. As a result, the client gave feedback that he began to receive spam after the launch of the Smart GDN campaign. The number of leads did not increase, the cost rose to $151. The test was unsuccessful. The campaign was disabled.

February 2021
Reduced advertising budgets in half at the request of the client. The client said that the calls are much more important than lead forms submission. We switched the main campaign for the sale of commercial real estate with shared keys to optimization by calls.

April 2021
We could restore the number of conversions to 59 and reduce the cost of a conversion to $108. We immediately increased the budget at the request of the client in order to level the drawdown in March.

Experiment with a consolidated campaign on a value strategy

May 2021
New information came from the client that lead-forms submissions are more important than calls. The client explained this by the fact that it takes more time to process calls, and many of them are not of great business value. So, for example, many requests for a free appraisal of commercial real estate came through calls. At the same time, we launched a consolidated campaign experiment on avalue-based bidding strategy. The decision was made after Google presented a new approach with consolidated campaigns based on value-based bidding strategies, which, according to the advertising system, should work better than individual campaigns with multiple conversions, for which the system cannot learn and optimize properly.

Thus, we have combined several campaigns into one, divided the semantics by topics into groups, and assigned a relevant landing page for each group. Since the client needed lead-forms submissions more than calls, we decided not to turn off orders from optimization completely, but to regulate their number using different values. So, we set the value for requests 2 times higher than the value of calls. We set the tROAS strategy and ran the test.

In June, we received 70 conversions against 56 in May, but the cost of conversion also increased. At the same time, the number of calls did not decrease and amounted to approximately 60% of the total number of conversions. Therefore, in July we turned off expensive keys, actively added negative keywords and adjusted the tROAS rate at the group level.

August 2021
We added broad keys, which allowed us to increase the number of leads to 64 only in the first 20 days of August. However, after a week of working with broad keys, we received feedback from the client about the low quality of the leads received, so it was decided to disable most of the broad keys and leave only the most relevant ones.

Also, due to the change in tROAS rates at the group level, it was possible to increase the share of applications in the total number of conversions from 40% to 51%. Later, at the request of the client, the advertising budget was increased.

The flexible approach to work allowed us to keep a steady stream of leads from Google Ads at the same level, helping the client to get sales in the context of the downturn in the commercial real estate market due to pandemic restrictions.

Also, the new solutions that Google offers to implement are worth trying, because, as our practical experience has shown, with the right approach, they give the desired result.

Accelerate Your Sales with Thoughtful PPC Management by Lira 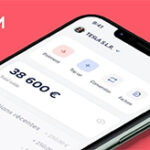 Increased Conversions by 37% and Decreased CPA by 28% for the European Fintech ProjectSeptember 21, 2021
Google Shopping Feed Optimization to Scale Your SalesNovember 2, 2021 Hi! I'm the Founder & CEO at Lira Agency. Welcome to our blog! Ask questions and share your insights in comments.

This website uses cookies to improve your experience while you navigate through the website. Out of these, the cookies that are categorized as necessary are stored on your browser as they are essential for the working of basic functionalities of the website. We also use third-party cookies that help us analyze and understand how you use this website. These cookies will be stored in your browser only with your consent. You also have the option to opt-out of these cookies. But opting out of some of these cookies may affect your browsing experience.
Necessary Always Enabled
Necessary cookies are absolutely essential for the website to function properly. These cookies ensure basic functionalities and security features of the website, anonymously.
Functional
Functional cookies help to perform certain functionalities like sharing the content of the website on social media platforms, collect feedbacks, and other third-party features.
Performance
Performance cookies are used to understand and analyze the key performance indexes of the website which helps in delivering a better user experience for the visitors.
Analytics
Analytical cookies are used to understand how visitors interact with the website. These cookies help provide information on metrics the number of visitors, bounce rate, traffic source, etc.
Advertisement
Advertisement cookies are used to provide visitors with relevant ads and marketing campaigns. These cookies track visitors across websites and collect information to provide customized ads.
Others
Other uncategorized cookies are those that are being analyzed and have not been classified into a category as yet.
SAVE & ACCEPT