Google Smart Shopping Campaign is a real deal for a PPC specialist. This campaign can produce brilliant results with minimum actions from an expert, it is as automated as possible. But it’s not that simple. We had to go through a tortuous path of testing hypotheses, adjusting strategies, and exploring all kinds of ways to optimize the campaign to achieve the target goals. We will share our experience in this article, as well as the tools that helped us achieve the result.

What is Google Smart Shopping Campaign?

It works just like a regular shopping campaign – it shows products from the feed that you upload to the Merchant Center. What makes the campaign Smart is Google machine learning. Bids and ad placements are automatically selected to attract the most valuable conversions within a provided budget.

Example of a shopping ad below the Google search bar

Example of expanded shopping ad form on the Gmail

Machine learning in a campaign causes limitations on the management possibilities.

Here’s a list of what you can not do in a Smart Shopping Campaign:

Here is what you can manage in a Smart Shopping campaign:

Getting Started With a Project

Our client is an online store powered by Shopify. Product types: everything for fishing, hunting and outdoor activities. The client does not sell items like fishing rods, spinning rods, or shotguns, but there is a lot that can be needed for camping – ice screws for winter fishing, multi-tool shovel, and hats with Led Lights.

The client was getting a good amount of sales on Amazon and eBay. Google Shopping campaigns produced the results as well, but the client was not happy with the sales volume.

We have defined 500% ROAS as the target KPI. We divided the process of achieving this goal into several stages. The first stage is to achieve 200% ROAS consistently.

The statistic was already accumulated in the account and showed that different product groups were selling with different efficiency. We decided to include the effective product groups in separate campaigns so that we can “push” them with a budget. First, we identified the most effective groups in separate campaigns. Then, groups with average efficiency.

From time to time, we received requests from the client to promote the required products. Then we included those products in separate smart shopping campaigns.

Depending on the group’s efficiency, we set different campaign budgets – from $5 to $20.

Result:
The dynamic was not stable, campaigns accumulated different numbers of conversions and had different ROAS, in some campaigns, it was less than 100%.

While processing ongoing work, we found that the beach umbrellas are the best-sellers. To enhance this effect, we have moved all of these products into a separate campaign. We set a daily campaign budget of $50. Target ROAS was not set.

The umbrellas sold well in a separate campaign until the season was over.

We went further and transformed the umbrella campaign into the Alpha campaign. We added other high-demand products to it. We set the budget to $60, and 300% ROAS as a target.

The campaign did not spend its limit. The amount of sales was small and not regular.

Step 3 – Come Back To A Unified Campaign

We did not receive positive results with product segmentation, so we put forward several hypotheses:

We Changed A Product Feeds App

We switched to the Feed For Google Shopping app. It is not expensive, but quite functional. In the new application, it’s easier:

Using the new feed, we set up a campaign with all products in it. All other campaigns were disabled. We set a budget of $ 80 and a target ROAS of 200% for the new campaign.

At the same time, we changed the attribution model in conversion from Last Click to Position based. Now, if several ad campaigns were involved in a chain of interactions, conversions were distributed among these campaigns (in addition to the Smart Shopping campaign, we also used other types of campaigns. We will talk about it later).

On the one hand, we achieved our target ROAS, but on the other hand, we were unhappy with the number of conversions. With this volume of conversion data, further growth and scaling of results were impossible.

Therefore, once we received this result, we decided to remove the target ROAS in the strategy settings. The vertical line on the chart below marks the day of the change. After that, traffic and ad spend increased dramatically. Conversions have become more regular. The number of conversions per day has increased. ROAS dropped to 127%.

The campaign is giving stable conversions, but the result is still insufficient. There is a feeling that we are missing something fundamental.

We assumed that the campaigns based on machine learning may not receive enough data to train successfully. So we came up with the idea to test the increased budget. Based on the recommendation of our personal Google manager, we have calculated the optimal budget: CPOx10. In our case, it turned out to be $330. When implementing an online sales growth strategy, it’s important to choose the exact budgets for your advertising channels.

While we’ve been waiting for the new e-commerce PPC strategy approval, we felt inner resistance. In our field, you normally increase the budget once you achieved the goal and are ready to scale the obtained result. But we had nothing to scale yet.

The other part of the resistance was that we were afraid the campaign will spend the entire budget available to it. Then we had a risk of failing in terms of profit.

To minimize the resistance, we decided that we will:

The time period of two weeks was based on the recommendation of our personal  Google manager. She suggested that based on their data, this period is enough. In this case, in the first week, the campaign collects data for training, and from the second week, it optimizes itself based on this data. A positive result can be considered as increasing the number of sales per day starting from the second week.

Since the first week of the campaign was a week of data collection and training, we did not count it for a final test conclusion.

Result for the second week of the test:

Based on the test results, we decided to keep the settings and give the campaign a time to increase the number of conversions per day.

We set such event dynamic parameters as Page Type, Product ID and Total value at the different stages of the work process with this project. It was running great until we got a warning about the Google Ads tag audience source error in the Google Ads account. We got the same warning message in several e-commerce projects we run at the same time. We solved this problem by renewing the script for dynamic remarketing (we borrowed the fresh release from https://www.digitaldarts.com.au/).

That was the last day of the test when we solved the issue with dynamic parameters. This day is shown as the rightmost red vertical line on the chart. Once we fixed the issue, the average daily number of conversions increased and the campaign started spending more and getting more conversions. We’ve got much more conversions in the sequence of interactions after multiple visits from a Smart Shopping campaign. That made us think that the Smart Shopping campaign with the dynamic remarketing finally works.

By the time the test ended, the campaign was spending 18% of its daily limit per day and getting 2-3 conversions per day. We decided to keep the settings and give the campaign a chance to increase the average daily sales.

We made the changes 3 weeks after the end of the test.

106 conversions, ROAS was 198%. The campaign was already spending $100 per day. The BFCM sale played an important role here. These days we’ve got a significant increase in daily sales and campaign costs.

Once we received such results on ROAS, we decided to increase the target value in the campaign settings and raised it from 140% to 150%. We gave the campaign a week to work on this setting. During a week the campaign got 153% ROAS, we consistently received at least 10 sales per day, and the daily ad spend has almost reached the limit.

210% ROAS. We have reached our ROAS target. But the dynamics changes 2 weeks after the last ROAS increase, and the number went down, as well as the number of conversions. This result was influenced by the seasonal change of demand as the Christmas shopping season ended.

After the Christmas holidays, the situation got stable, and we reached 324% ROAS in January. Today, we continue to work with adjustments to the target ROAS value in the Smart Shopping campaign and carry out regular optimization.

Working In Other Directions

Throughout the entire period of work with the project, we tested other types of advertising campaigns – Smart Display, Search by keywords, Brand campaign, Dynamic remarketing in GDN, DSA, YouTube video campaign, cent shopping campaign and Smart campaign. We’ve got the conversions and interaction sequences in the Brand campaign (4.60 conversions, 3441% ROAS) and a cent shopping campaign (4.55 conversions, 488% ROAS). The Cent campaign in a nutshell is a regular Google Shopping, and it displays all the same products as the Smart campaign. The campaign runs at minimum bids – a few cents. The task is to get residual cheap traffic.

The rest of the campaign types either did not bring the results or it is still early to make a conclusion as the campaigns are getting tested.

We are regularly optimizing the titles and product descriptions in the feed. Here are the titles principles that we are testing:

We constantly monitor the status and errors of the products in the Merchant Center:

During our work with the Smart Shopping Campaign, we went from one unified campaign and back to it, by segmenting products by category and performance. The key decision was to give the Smart campaign time and the ability to accumulate data on a large budget. Before the test, campaigns did not spend even small limits, so it seemed that the increased budget would not help. We also had concerns that a large budget means high risk. It was also mentally difficult to keep the campaign working for 2 weeks without any changes. Silently monitoring the campaign with a large budget feels too luxurious when the time is limited.

Now we know that a Smart Shopping campaign powered by machine learning can successfully learn and start performing well on a large budget when it has the ability to get at least 10 conversions per day (budget = CPOx10). It is important to specify the target ROAS in the auto strategy settings. Don’t overestimate it: do not highlight something that is very different from your actual ROAS, especially at the initial stages of work.

We hope this article helps you get the results you want with Smart Shopping campaigns. You can do it yourself or order E-commerce PPC management from our experts.

If you have any questions, email us or use the special form to send a question to protect your confidential information. 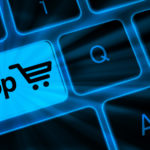 How To Set Up Microsoft Shopping Campaigns (Bing Ads) For E-Commerce Store On ShopifyJanuary 26, 2021
How Web Analytics helps identify breakdowns in eCommerce Websites and what actions should be taken by online marketing team (real case)April 2, 2021 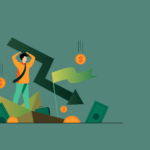 Hi! I'm Founder & CEO at Lira. Read our blog - ask the questions and share your insights in the comments.